The 2009 Danish Boat Show was hosted by the town of Fredericia.  It was held over two weekends, the last weekend in February and first weekend in March. Despite the gloomy economic climate, the exhibition was very crowded, with many more visitors than anyone had dared hope; more than 37,000 visitors spread over 6 days. 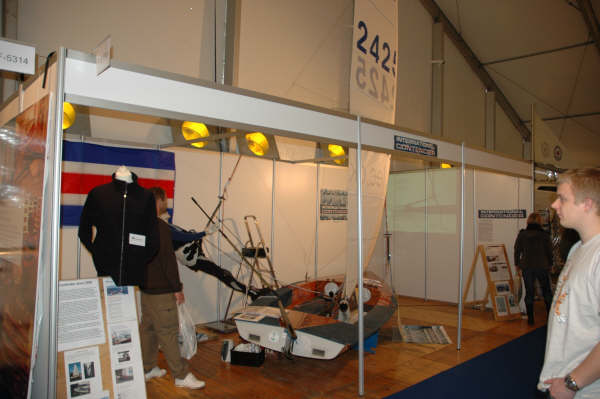 The Danish Contender Association was represented at the exhibition in the form of a fully rigged dinghy kindly lent by the Danish President (a 1 year old Schappi boat with wooden deck). Our stand was situated in an extra exhibition tent, where we and other dinghy classes were present, including showcases from the Hobi, Moth and 29er. We were next to the Danish Olympic Gold 49er which also drew an extra crowd. We made sure that they didn’t steal our boat on the final day!

From the Contender stand we distributed leaflets and posters and we answered numerous questions from a very interested audience. Furthermore, Contender movies (Garda 2004) were shown on a big screen at the stand throughout the exhibition and Columbus Marine had kindly lent us a copy of the shirt which will be handed out at the Worlds this summer in Sønderborg.

The stand was manned with Danish Contender sailors from morning to evening every day.  Both visitors and organizers praised us for having a beautiful and informative stand. 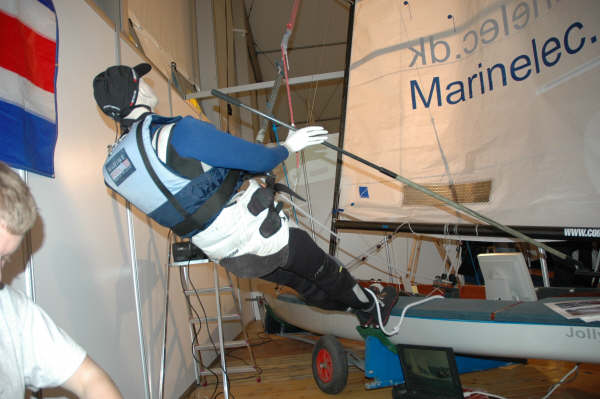 From a Contender point of view, we can only say that the Boat Show 2009 has been an unqualified success. Many thanks to those who were involved in the organisation in one way or another.

We hope to see a lot of new and old Contender sailors in Sønderborg this summer.

Friendly greetings from the DCA.